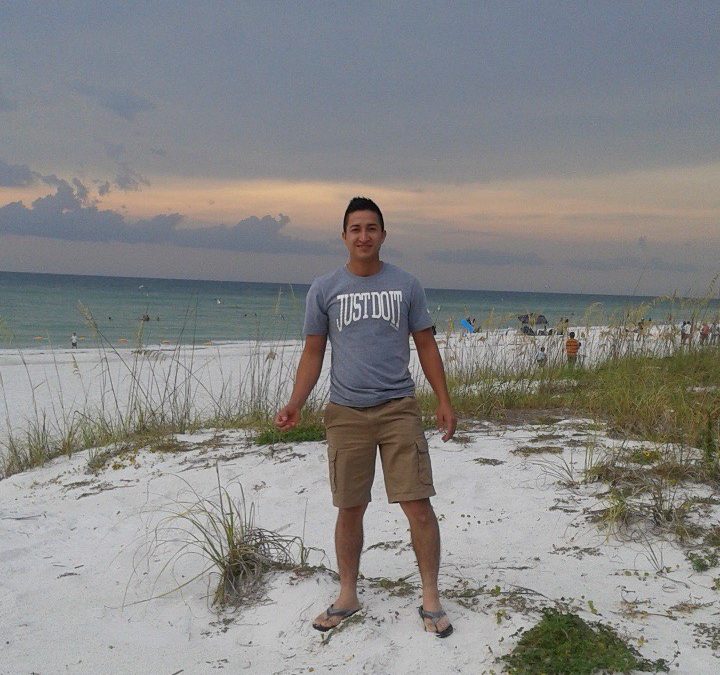 Learning a second language can be easy for some people and hard for others. This is my story how I learned English. But before you read it, I would like you to know more about me.

My name is Randy and I am 27 years old. I grew up in a village around the city of Coatepeque, Guatemala. Yes, as you can see Guatemala is my born country. I am the fourth of 7 siblings, 3 brothers, and 4 sisters. I was fortunate of having an education in Guatemala. My elementary and middle school was completed in the same village where I used to live. The school was located two miles and a half away from my house and I used to get there by walking. The years of school in Guatemala are divided in: 6 years of elementary school, 3 years of middle school, and 3 years of high school. In my case I got a high school diploma with orientation in Physical Education in a school in Coatepeque city. It was located 40 minutes away from my home and I had to take the public bus to get there. I graduated from high school in 2011. The lack of opportunities in Guatemala made me move on to United States on Friday October 10th of 2014.

To get to the United States took me exactly 24 days. It was a trip full of obstacles and risks since I didn’t have the resources for making it easier. I met people during it that had the same goal as me, to get to the United States and find a job to help their relatives. After passing through Mexico, the first state that I knew was Texas. I can’t forget my impression when I saw well maintained roads, with signs everywhere, but what caught more my attention was the words in the signs. Even though I didn’t understand them, I was sure that they were English words. As if that wasn’t enough, when I saw those high buildings in the heart of Houston city ,it made me realize that I was in the country where I wanted to be, The United States. It was bitter and sweet at the same time because I completed one of my goals, but I was far from home. After we left behind the State of Texas we drove through the states of Louisiana, Mississippi, Alabama, until I got my destiny, the city of Bradenton Florida where my sister was waiting for me. Here is where my new life and challenge begins. To find a job was the next step and after some days looking for one, I found one as a landscaper. After 3 days of work I got laid off.

My sister’s friend worked as a painter and the company where he worked was hiring employees. I was hired in March 25th of 2015, and after 5 years I remain working in the same company. My sister was the same person that helped to get enrolled in English classes. She and I are current students in Manatee Literacy Council. I remember the first day of class I was very happy and excited. English was the language that caught my attention since I was in Middle School in Guatemala and one of my goals. They taught us basic English and I had very good grades since my capacity to memorize word was so good. The tests were only writing, so it made it even easier for me.

I started learning the basic of English again, but the difference now that I could practice it everywhere, since the United States has diversity of languages, but with English as dominant it was going to be it easier to learn it. After 5 Years of having an English class every day, I can say that I speak a second language. I am now able to communicate with people that don’t speak my native language. The English changed my day living in The United states. I can help my sister with her homework and attend her meetings at school with confidence that I am going to understand most of the talking, and if I don’t understand something, I can ask a question. Every raise that I get at work is not related only for my hard work. When I started working in the company, I didn’t speak any English. But since I started speaking English, and it combined with my qualities as worker, has given me the position of the leader of the crew. Most of my co-workers are Spanish speakers, and sometimes I have been the translator in some meetings. I had an accident at work and the diagnosis was a non-displayable fracture in my wrist. I had to get some appointments and attending them by myself was going to be a chance to test my English. Medical terms are not well-known for me, and some clinics didn’t have any Spanish speaker. If there was a term that I didn’t know, the doctor patiently explained them to me.

This is how learning English is one of the best things that have happened to me. I didn’t learn it by myself because there are more people behind my learning. Thanks to Manatee Literacy Council, the volunteers, and especially my teacher, for have given a voice in this country to people like me. Their hard work is reflected in every step that we take, in every decision that we make, and in our future to come. It is the first time that I write about how important learning English is, even though I’m still learning it. It is never late to learn a second language and I always encourage my co-workers and people around me to try it. This is not easy but never impossible to achieve. We have just to keep trying, and never giving up to a dream as frustrating that it be.

The dream dies when the dreamer stops dreaming.